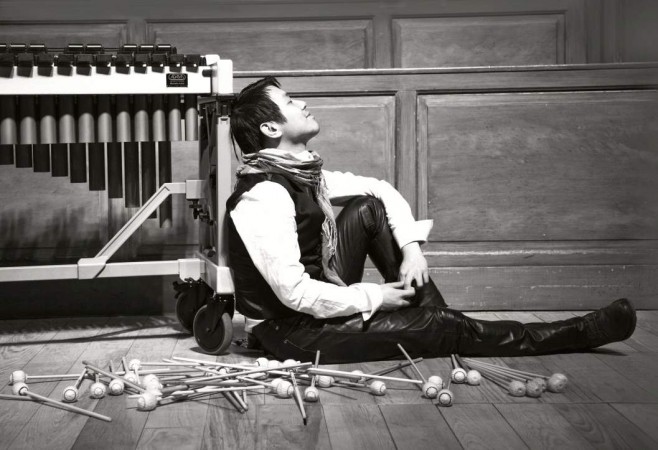 Taiwanese marimbist, composer, pedagogue – Chin Cheng Lin is recognized worldwide for possessing a talent of uncommon ability and as an exceptionally gifted artist, reflected in the numerous awards and effusive reviews he has received for both his live performances and recordings, as a result of Lin’s succession in marimba, he received a “ European Soloist Champion Award” in 2007, “Culture Outstanding Award” by the Taipei Representative Office in Belgium and Europe for promoting the Taiwanese arts and invited to perform for the Belgian Royal Family. Frequently praised for his musical and technical mastery, Mr. Lin is also lauded for his imaginative and illuminating interpretations of the marimba repertoire.

As a composer, Mr. Lin has written more then 50 works for marimba and it has been performed internationally. Lin’s music became standard repertoires in the international music competitions. Recently, he collaborates intensively with Taiwanese orchestras such as the Taipei Chinese Orchestra, National Taiwan Symphony Orchestra, Taipei Philharmonic Winds and Ju percussion Group.

As a pedagogue, Mr. Lin developed and found the “Percussion Theater” department at the Leuven University College of Arts in Belgium which is the first university offering this unique study for the young generation. At the same time, he holds also the professorship at the Royal Conservatoire Antwerp & Leuven University College of Arts, MUDA art high school in Gent and Bornem Municipal Academy for music, dance & theater.