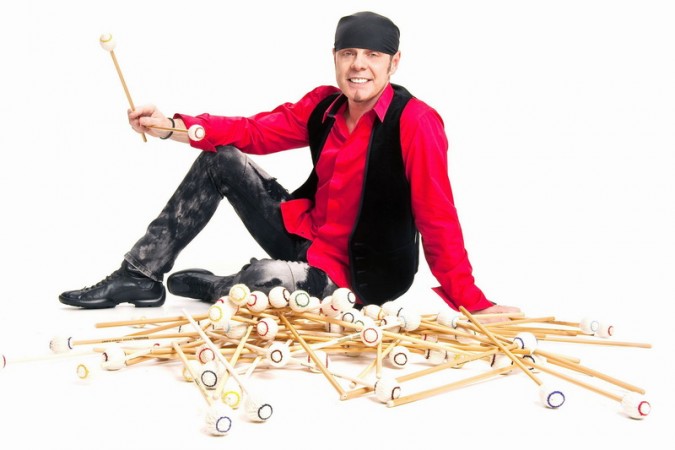 Internationally highly acclaimed, Ludwig Albert belongs as Belgian leading marimbist with the absolute top-flight and is profiled as one of the most succesful marimbists and pedagogues of his generation. After obtaining a First prize Percussion, the Superior Diploma and a Masterdegree specialisation marimba at the Royal Conservatory of Music in Antwerp-Belgium, he was profoundly shaping his musical talent with the Japanese marimba virtuoso Ms.Keiko Abe. Afterwards he performed with her from 1996 several concert tours such as: ‘Keiko Abe plays Keiko Abe’ (1996 Belgium), ‘Ludwig Albert in concert’ (Osaka-Japan 1996), ‘Keiko Abe charity gala concert’ (1996 Japan), Belgium Tour: ‘Dialogue in Nature/ K.Abe & L.Albert in concert’-1997 & 2000, Japan Tour: ‘Dialogue in Nature’-1997..

Starting 1995 Ludwig Albert searched for new sound-combinations and founded the duo ‘Patrasche’ with the unique combination of marimba & voice. As true pioneers of this combination, they developed a style of their own and knows to inspire several artists and composers to create new music for this strenght. They mainly perform Albert’s own compositions, creations and improvisations, all based on International traditional folksongs. Their musical combination evokes a fascinating world. For their first album ‘Japanese Impressions’, prefaced by Keiko Abe, they received International outstanding critics and they were regular invited guests of several dedicated radio-broadcastings & Festivals. In 2002 they released their second album ‘Impressions of the low-countries’ and are preparing nowadays their newest production ( release 2011).

In 1996, he founded the organisation ‘Marimba-Projects’ with the purpose to develop the marimba by organising marimba-events & pedagogical projects. He founded in 2000 the ‘Universal Marimba Competition & Festival of Belgium and is related as Artistic director to this prestigious event, his international Marimba Academy , the Keiko Abe Int. Academy and the Flanders Marimba Ensemble. He created and founded with the aid of the Royal Conservatory Antwerp for several years a marimba department offering Europe’s first official marimba master degree. Helping to drive this program is the Ludwig Albert pioneering Movement Method designed to reach an ultimate sound and musicality. Showered with several tittles, he recorded 8 label-albums: ‘Japanese Impressions’, ‘Marimba Paraphrases’, ‘Marimba Dances’, ‘Impressions of the Low Countries’, ‘Marimba Christmas Fantasy’, ‘Marimba Selections’, ‘Marimba Waves’ and ‘Global Marimba’ with mainly own & dedicated works, arrangements, improvisations and first-recordings. Recently he signed up with an American label and will release 4 new albums during 2011-2012.