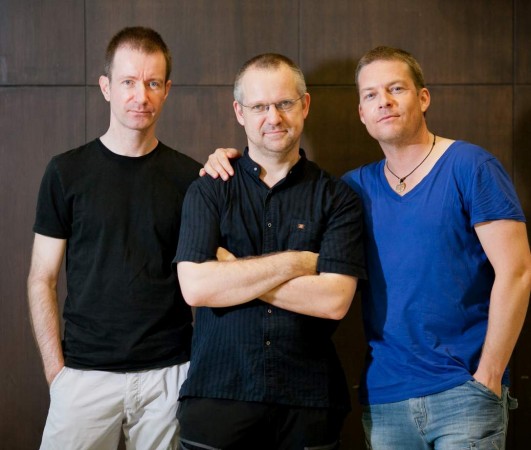 SISU percussion ensemble, established 1993, is one of Scandinavia’s most prominent contemporary music ensembles. They represent contemporary music of the highest quality, written for SISU by both Norwegian and international composers. SISU is recognized for its unique musical aesthetics, developed through an open and exploratory attitude towards every musical challenge.

With 20 years worth of experience from the Norwegian and international music scene, SISU is an artistic driving force when it comes to percussion.

The initial vantage point for SISU is contemporary music. However, the percussion ensemble has challenged musical styles throughout their career. SISU is a flexible ensemble both in terms of musical expression and composition.

SISUs approach exhibits an unquestionable joy of performing whether it is classic contemporary music or works with pop culture references. Their repertoire shows an impressive width and over the last few years SISU have performed commissioned works by renowned Norwegian and international composers.
When SISU hits the stage the audience can expect a full-on attack of all senses. By incorporating visual elements in their performance they create an artistic space that moves the listeners.

Tomas Nilsson
Tomas Nilsson is artistically in charge of the ensemble, and has played an important part in SISU since the beginning in 1993. Nilsson regularly contributes in other ensembles, such as Oslo Sinfonietta and Opera Omnia, and has freelanced in several symphonic orchestras in Norway and Sweden. Tomas Nilsson is educated from Østlandets Musikkonservatorium.

Bjørn Skansen
Skansen has been a member of SISU since 1999. He is educated from Conservatorium van Amsterdam and The Norwegian Academy of Music. He is working as a freelanse in different orchestras, Det norske blåseensemble, The Oslo Philharmonic Orchestra, Oslo Sinfonietta, The Norwegian Radio Orchestra.

Marius Søbye
Søbye is educated from the Norwegian Academy of Music (1994-98) and became a member of SISU in 1997. In addition Søbye freelances for several orchestras and ensembles performing contemporary music, rock and electronica.